This is a historicaly significant rock in Holliston, MA.  It is known as Jasper's Rock.  The story is, that sometime in the 18th (or maybe early 19th?) century, a young farm boy named Jasper would come to this rock on a high ledge and light a fire at a certain time every-day, so his father working on his farm around a mile away would know that Jasper was okay and safe.  It is one of those stories that give character to the town's colonial history.  Today the grand view from this ledge is partially blocked out from forest having grown back.

When I visited this site recently I noticed that the history of Jasper's Rock is much older than the colonial story of young Jasper.  For this rock is a propped boulder, a silent sentinel that has been at it's post for thousands of years.  Time changes not, for all things change with time.  This rock has seen it all, and still it is propped today on it's ledge, in it's eternal brightness: 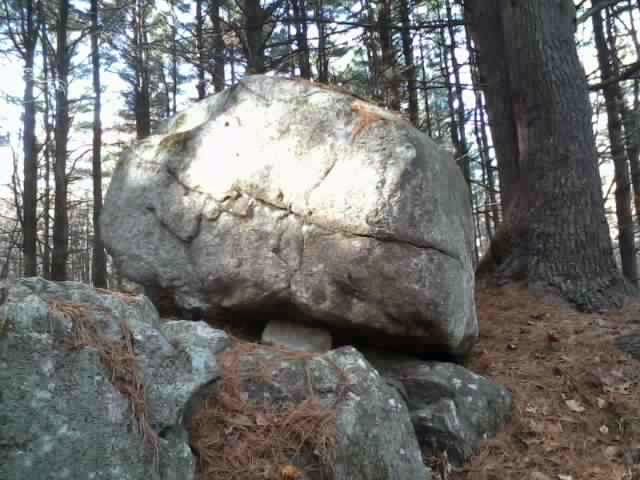 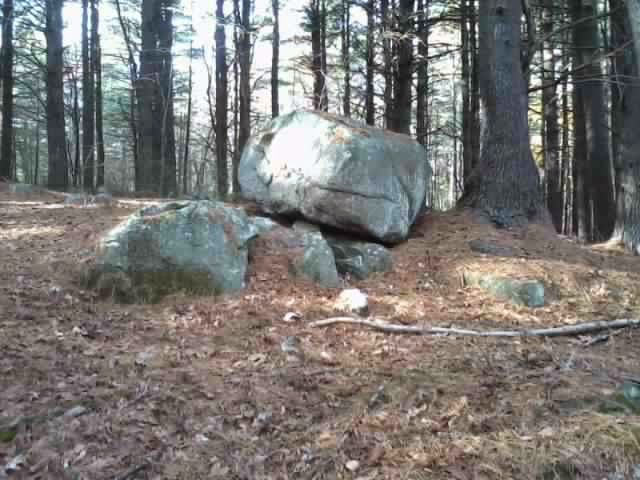 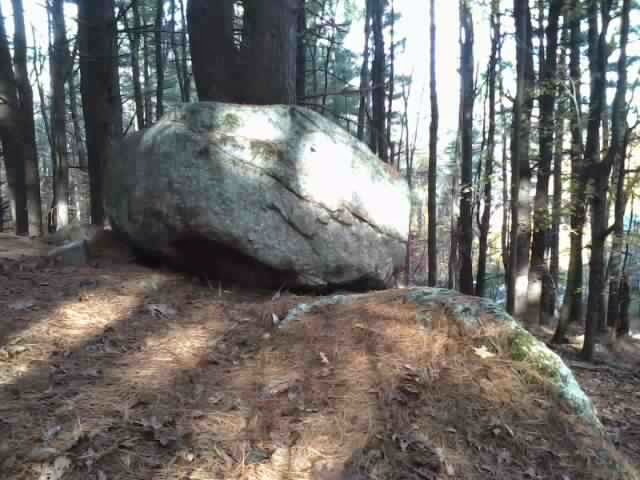 This angle shows the historical marker designating it "Jasper's Rock.": 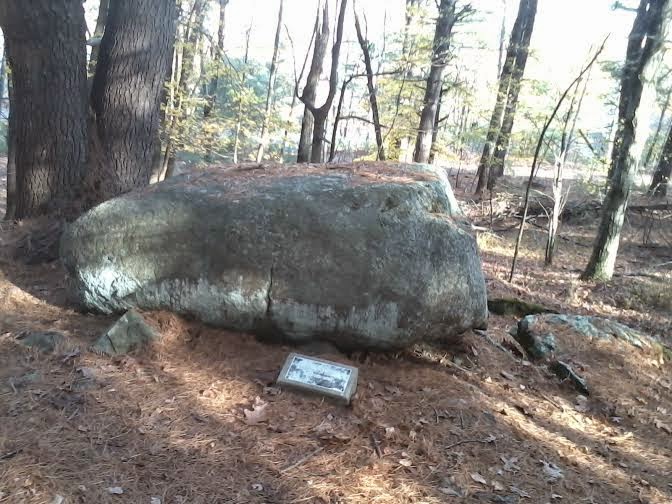