A serpent row incorporated into a stone wall on a ledge.  The stone on the right looks like the head-stone.  I actually posted about this stone row before, but I failed to see the serpent features looking at it from a different angle, the stones just looked unusually placed and chipped-out at first: Cairn on a ridge-top: 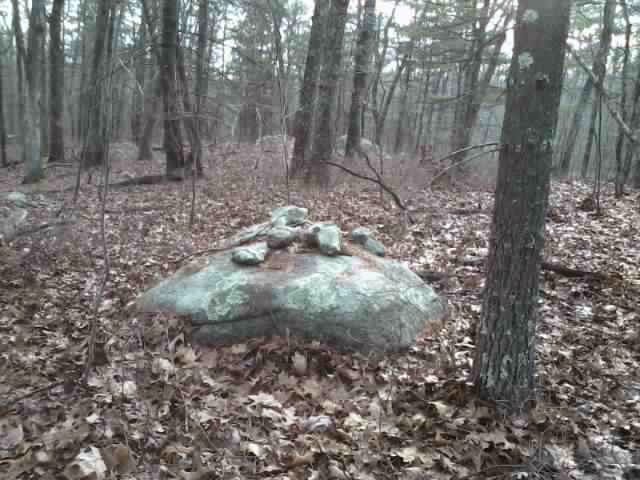 Boulder on a ledge: 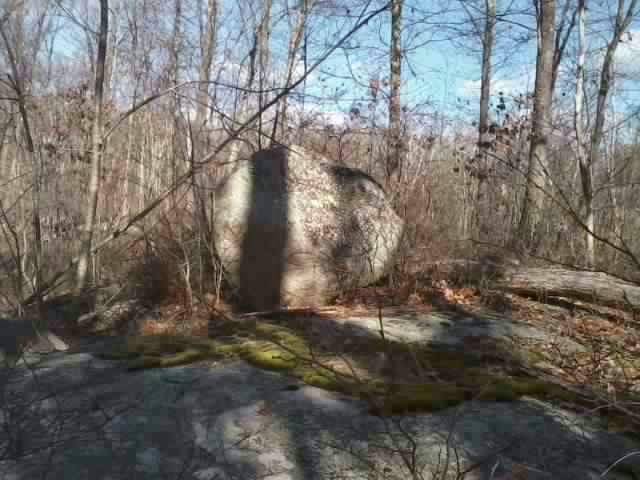 Stone wall on a bedrock ledge: 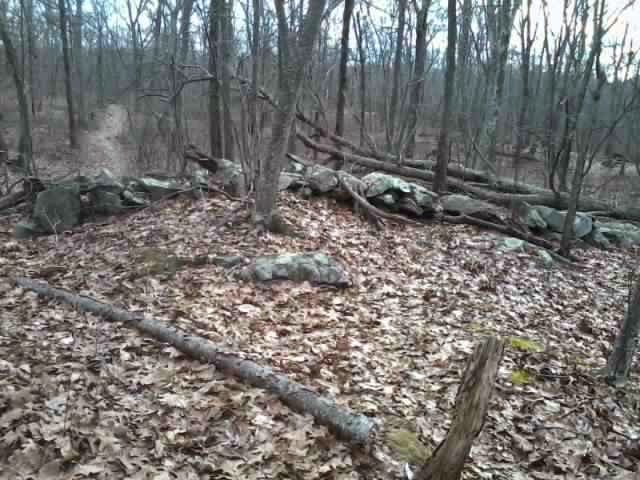 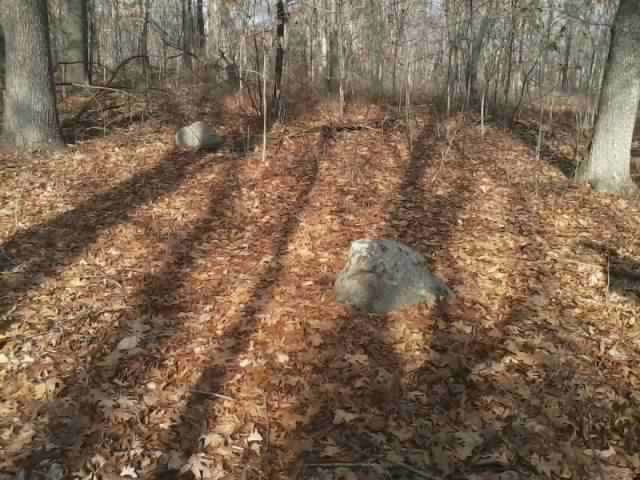 Perched boulder on a small knoll: 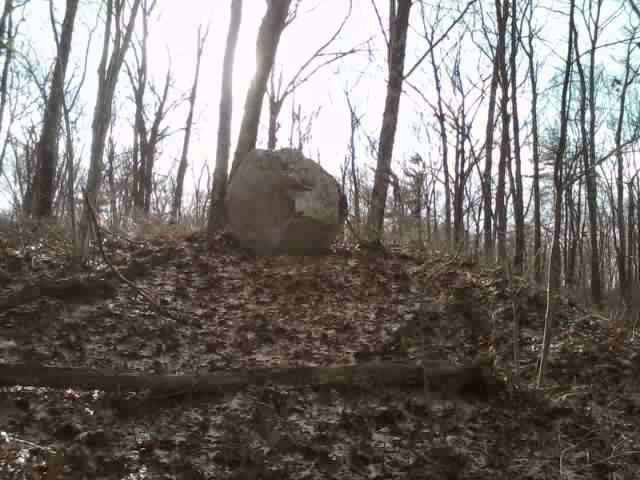 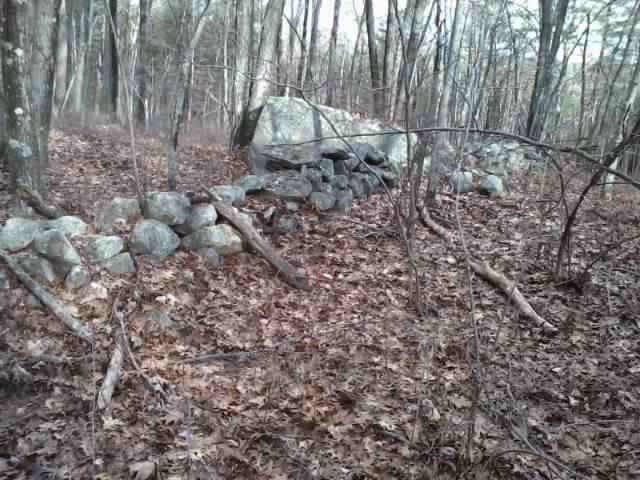 These whiter stones placed on this cairn reflect the light well: 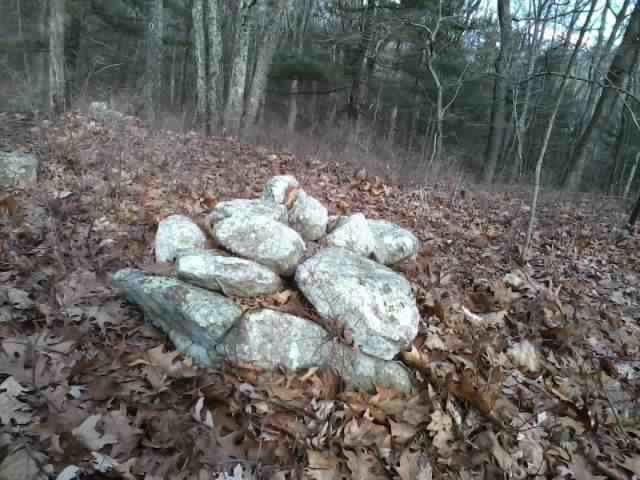 Larger stone mound formation on the ground.  Note the smoothed, rounded boulder in back, and the boulder with the point sticking out of the ground in front of it: 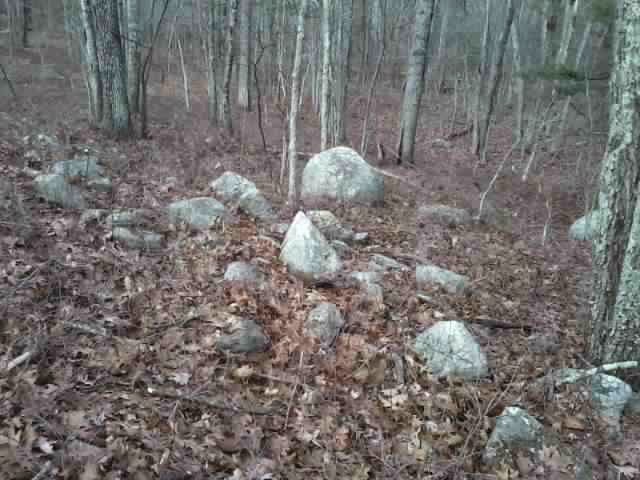 I have posted about this cairn before.  Top stone on the left looks like a crude human profile effigy.  The smaller stone on top behind it, placed behind the crest of the head, looks like a bird effigy.  In Egyptian symbolism this represents wisdom, and this very symbol motiff is depicted in Egyptian works- a falcon behind the head of a Pharoh or priest.  Could it be that early Algonquins and other Native people, along the Atlantic seaboard, and the ancient Egyptian culture somehow had some cultural aspects in common (including even beliefs about the afterlife and the soul's journey)?  If this is the case, did these 2 different cultures inherit these concepts from an older culture, during a Golden Age before the Ice Age of 12,000 years ago, when there was more land mass along the Atlantic coast of North America and the ocean was more shallow: 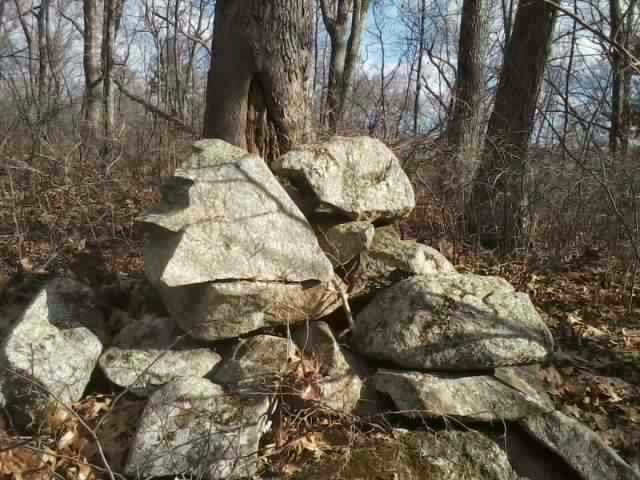 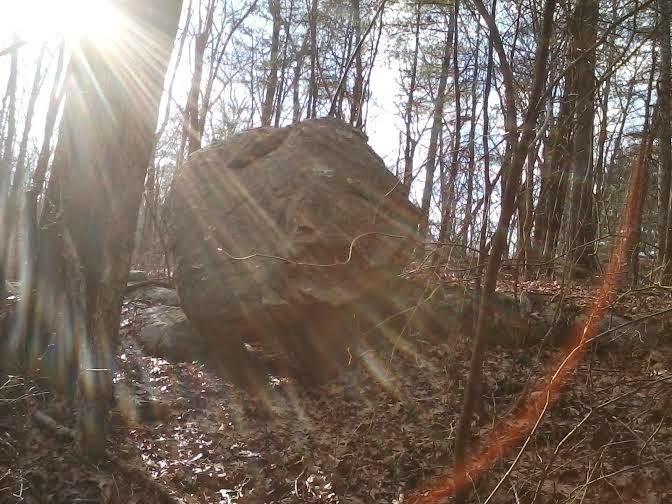 Stone mound on hillside view A.  Note the circular nature from this angle: 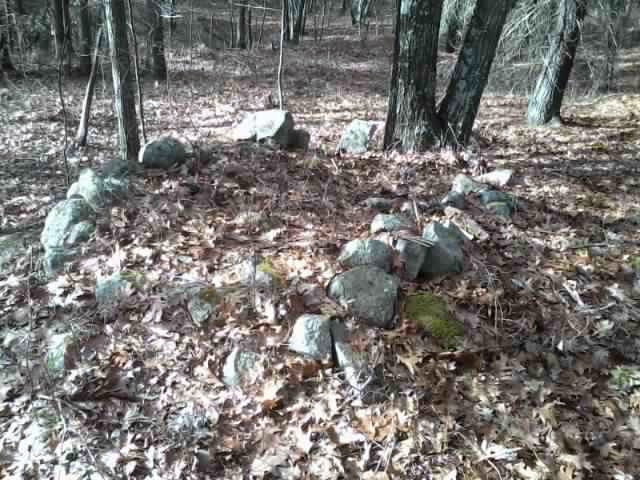 Stone mound on hillside view B, standing under the structure.  Even in a ruinous state, it still looks nicely put together: 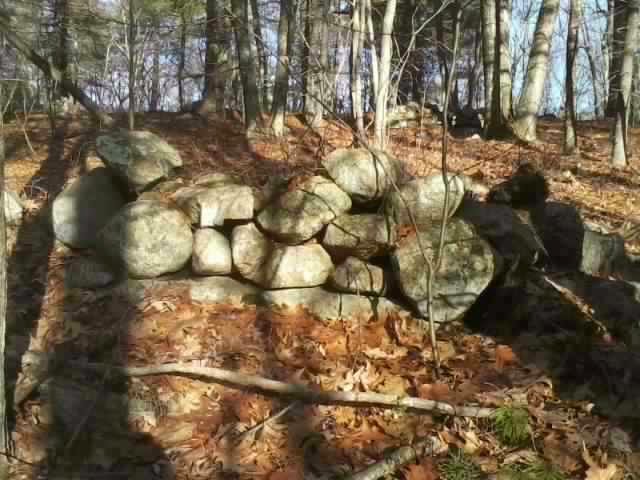 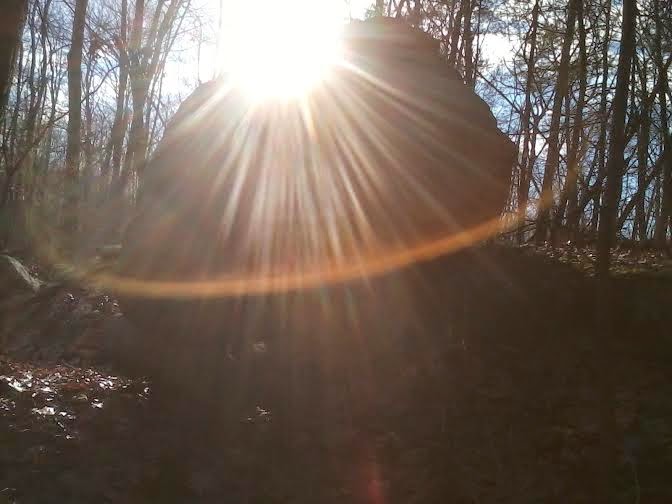 Another stone mound on the ground, carefully stacked up into a circle/ square shape: 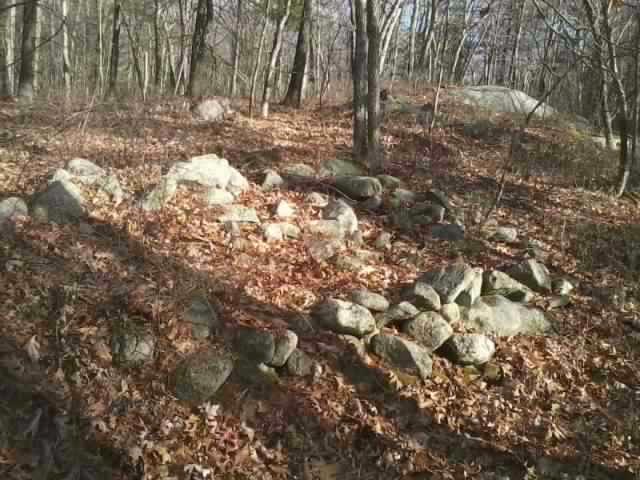 Cairn on top of boulder: 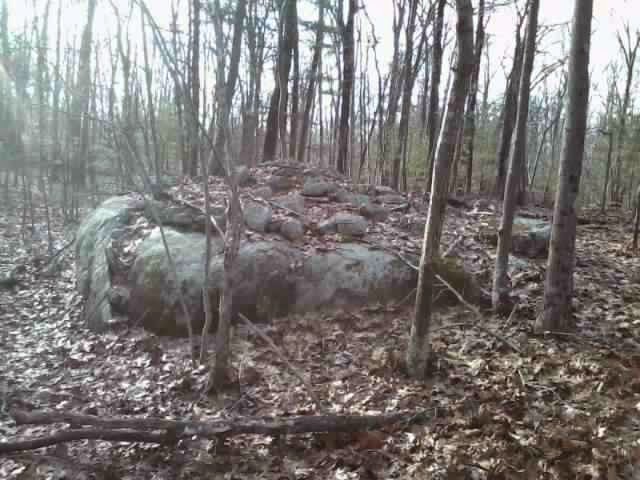